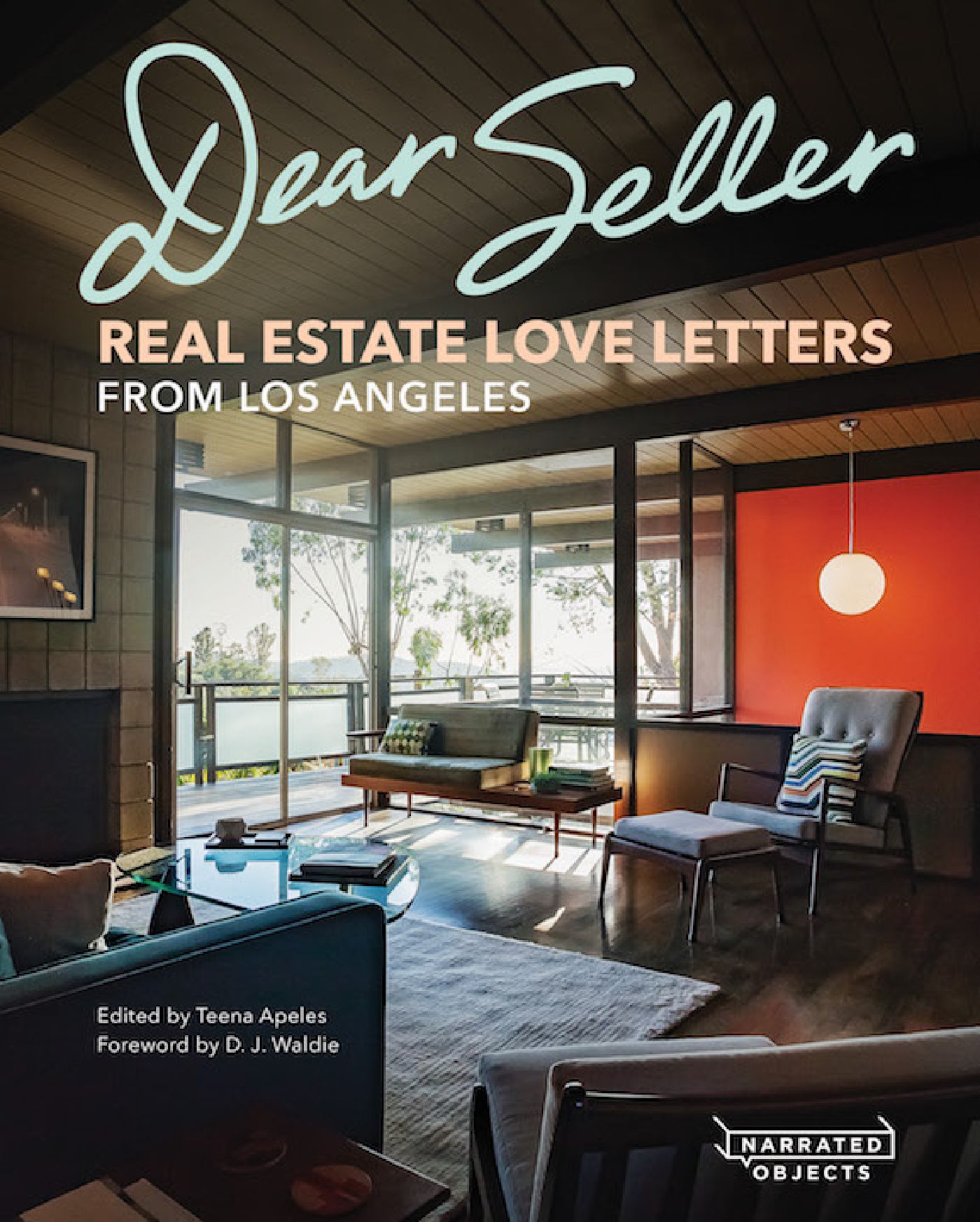 Listen to the editors discuss the book on KCRW's DnA: Design and Architecture  with Frances Anderton and the podcast Bookstories, or hear our contributors being interviewed on KPCC's Take Two.

"Love is . . . a house so meaningful you can call it home. Expressions of desire for that connection to place echo throughout this fascinating collection of Dear Seller letters, edited by Teena Apeles. But in them you also find the story of Los Angeles in the second decade of the 21st century, when the region is still a magnet, buying a house is warfare, and selling oneself to the fickle seller is just one of the battles on the road to tying the knot." —Frances Anderton

"Where else but L.A. would real estate solicit such passionate correspondence for the residential gems found in Dear Seller. The writings of the prospective consumers, coupled with the objects of their desire, provide a colorful document of those elusive domiciles that beckon beyond the palm-ringed streets in the City of Angels." —Jim Heimann, author of Los Angeles: Portrait of a City and California Crazy

Shopping for a home in Los Angeles? It’s a sellers’ market, where real estate is in high demand and no shortage of money is thrown sellers’ way. It’s competitive, it’s fierce, but it’s not always the highest bidder who comes out on top. Sometimes it’s about the human connection—between the seller and the potential buyer—and that often comes in the form of a personal offer letter.

Dear Seller: Real Estate Love Letters from Los Angeles features memorable letters by individuals who attempted to capture the hearts of home sellers with their words in order to win the bidding war for the home of their dreams. Each letter paints a portrait of its author: his or her family, background, and values, using social capital as well as actual capital in an effort to be selected. Through interviews and written accounts, you will follow these homeseekers from the moment they saw their perfect homes to what happened after they submitted their letters.

A poignant and honest exploration of the lives of everyday Angelenos who are writing from the heart, accompanied by more than 100 beautiful photographs of L.A. home architecture, this collection provides insight into the drama of finding a place to live in the city from different perspectives. These stories also reveal the allure of Los Angeles and its discontents—while offering a colorful peek at what lies beyond our neighbors’ doors.

"Eros is the invisible part of the real estate deal, and the seductions in Dear Seller: Real Estate Love Letters from Los Angeles manifest every form of it. We have the chance to listen in on the epistolary conversations—passionate, intimate, and deeply human—that pass between seekers and sellers across a city that is the geography of home for so many millions." —From the foreword by D. J. Waldie

Read an excerpt from the first story.

Editor Teena Apeles is a native Angeleno who has written extensively about her hometown for numerous outlets, including Artbound, LAist, LA Weekly, Los Angeles Downtown News, Pasadena Weekly, and Where Los Angeles, as well as the books Geography of Rage: Remembering the Los Angeles Riots of 1992 and Bare Your Soul: The Thinking Girl’s Guide to Enlightenment.

Writer D. J. Waldie has published five books of nonfiction dealing with everyday life: Holy Land: A Suburban Memoir, Real City: Downtown Los Angeles Inside/Out, Where We Are Now: Notes from Los Angeles, Close to Home: An American Album, and No Circus. In collaboration with Diane Keaton, he provided the text for two photographic explorations of home: California Romantica and House.

Photographer Alexandra Weiss is originally from Zurich, Switzerland. She graduated from the American Film Institute with a degree in cinematography and has been working in film and video production in Los Angeles for more than a decade. Alexandra’s photography captures her appreciation for architecture and interior design.

This book is made possible in part by the Department of Cultural Affairs, City of Los Angeles, and the Center for Cultural Innovation’s Creative Economic Development Fund grant, with support from the Roy & Patricia Disney Family Foundation and the Surdna Foundation, as well as the generosity and support of friends of Narrated Objects. A percentage of the proceeds from the book will go the arts organization Piece by Piece.

Thank you for your interest in Narrated Objects and subscribing to our monthly newsletter! Read our latest issue here: https://mailchi.mp/d204130654ac/narratedobjects_spring2022 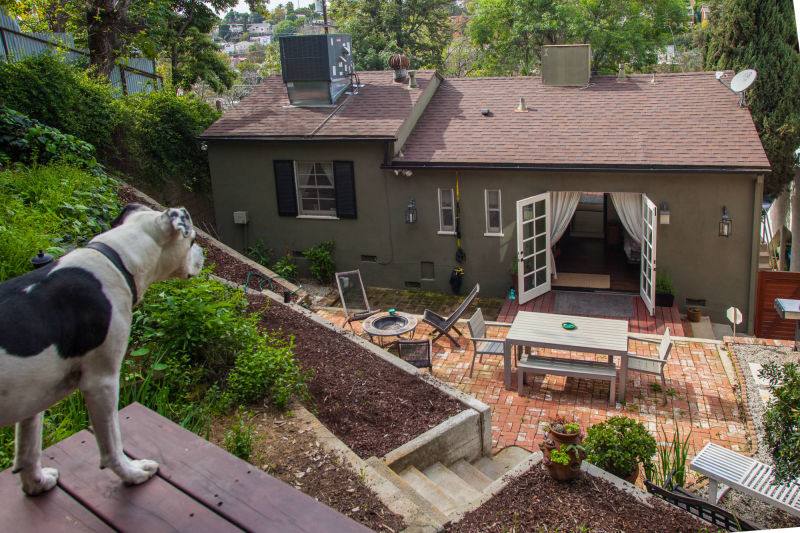 Looking for a Home with Vintage Character 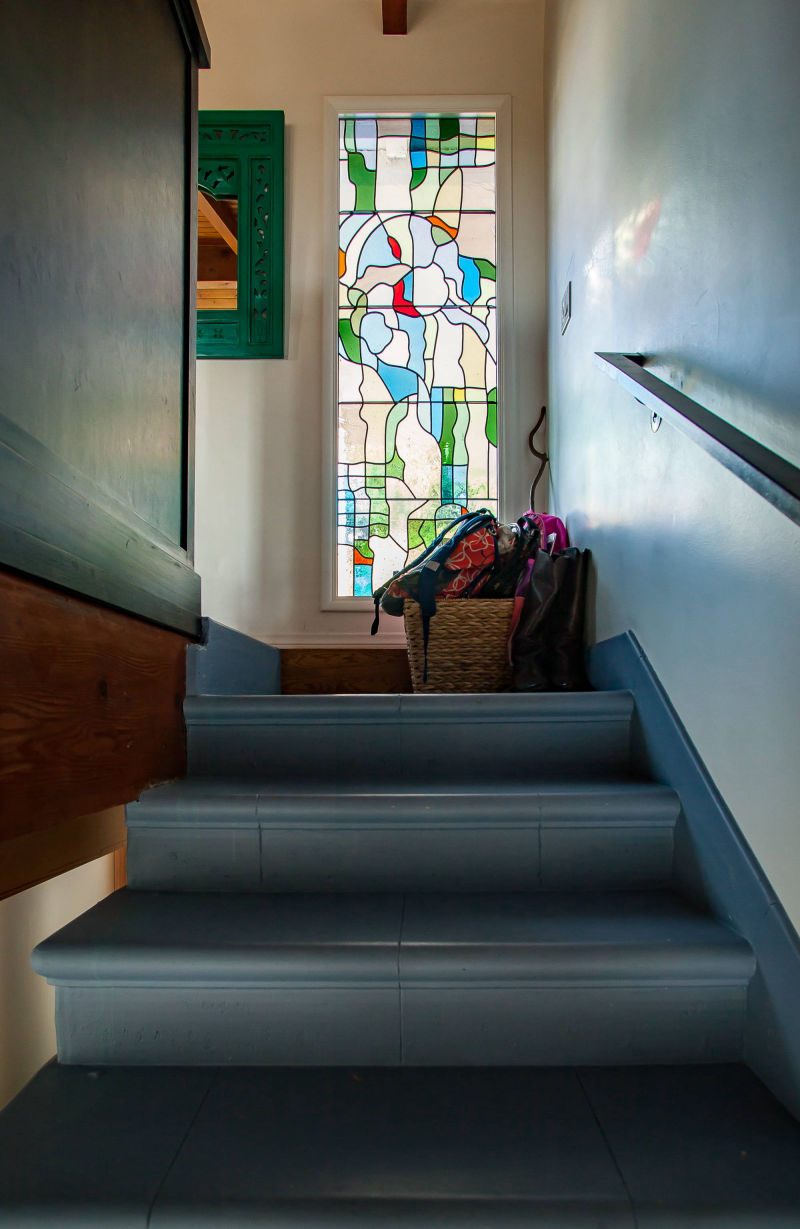 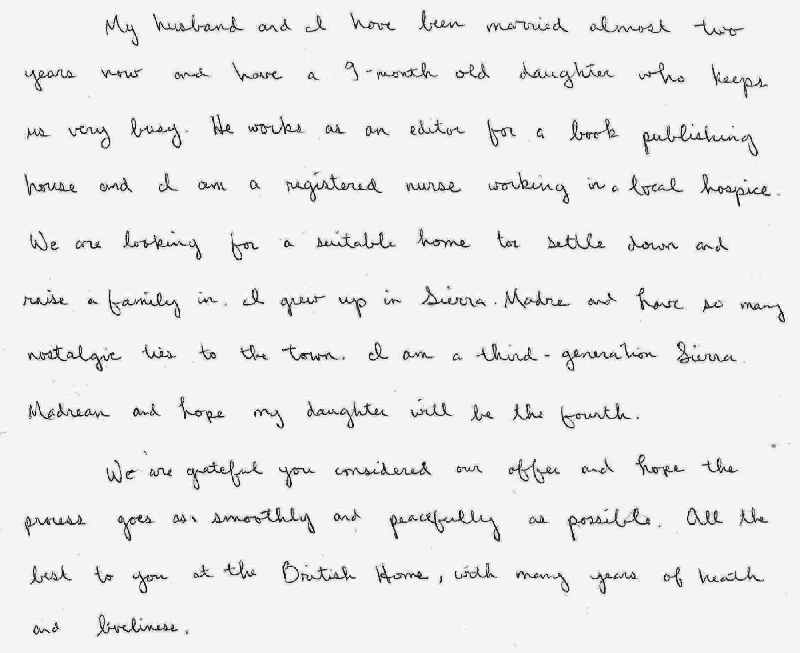 We Don't Want to Leave, But We Can't Stay 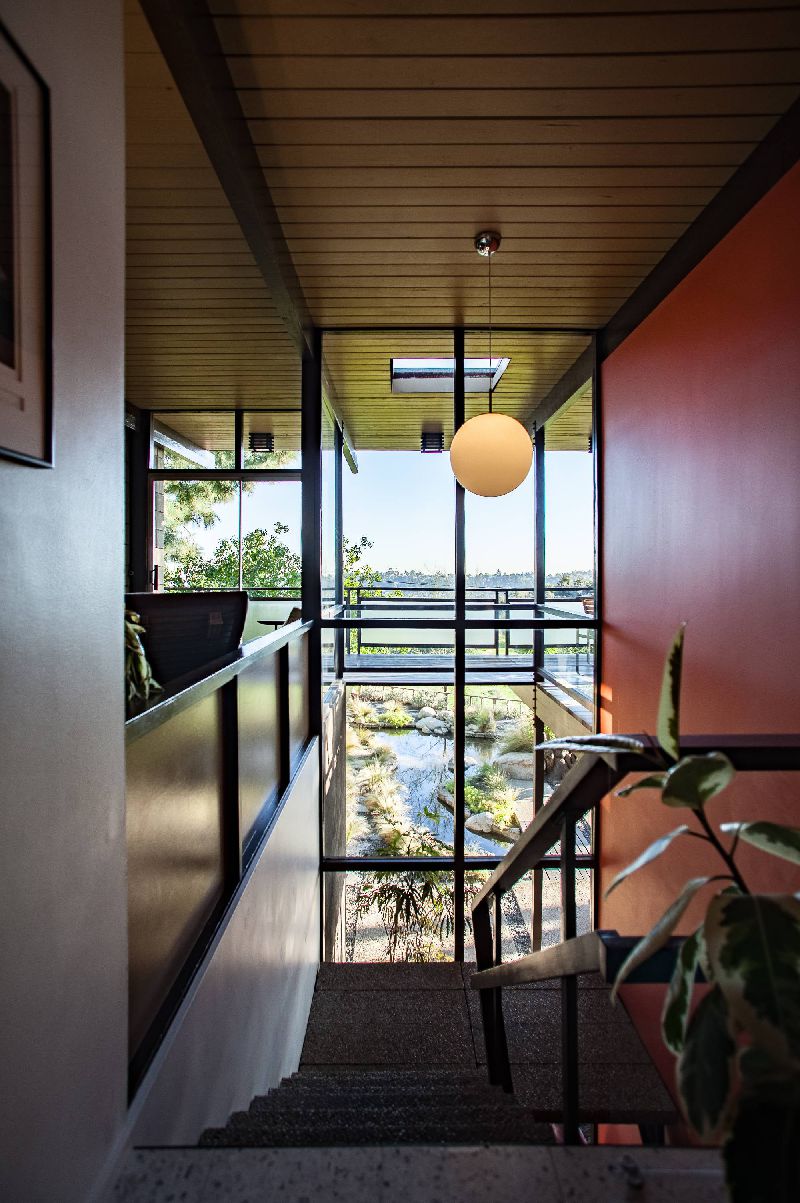 I've Dreamed of Living in a Modernist Home 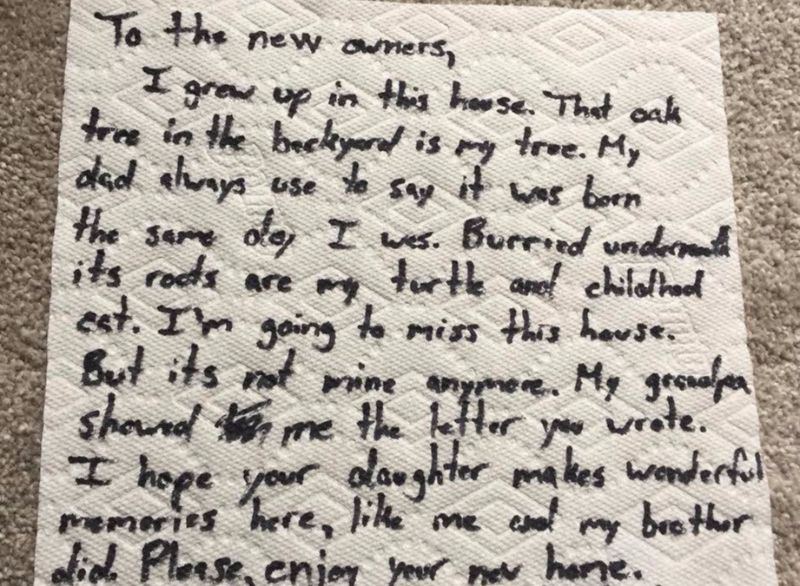 My Grandpa Showed Me the Letter You Wrote 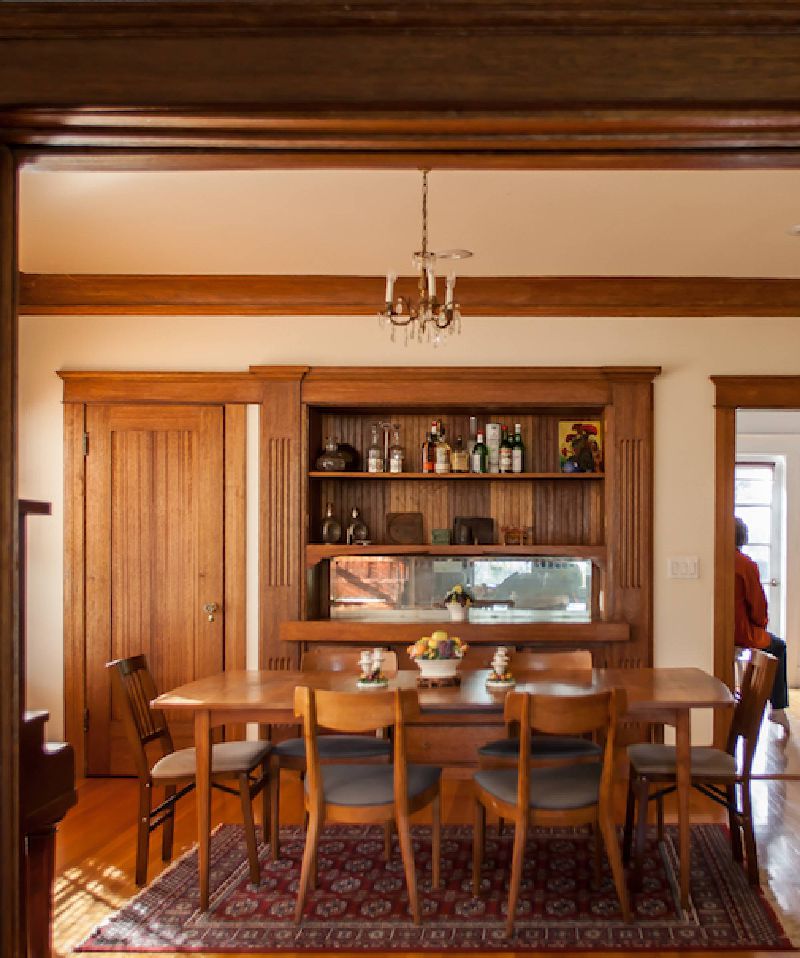 The Woman on Booby Brigade Introduced Us 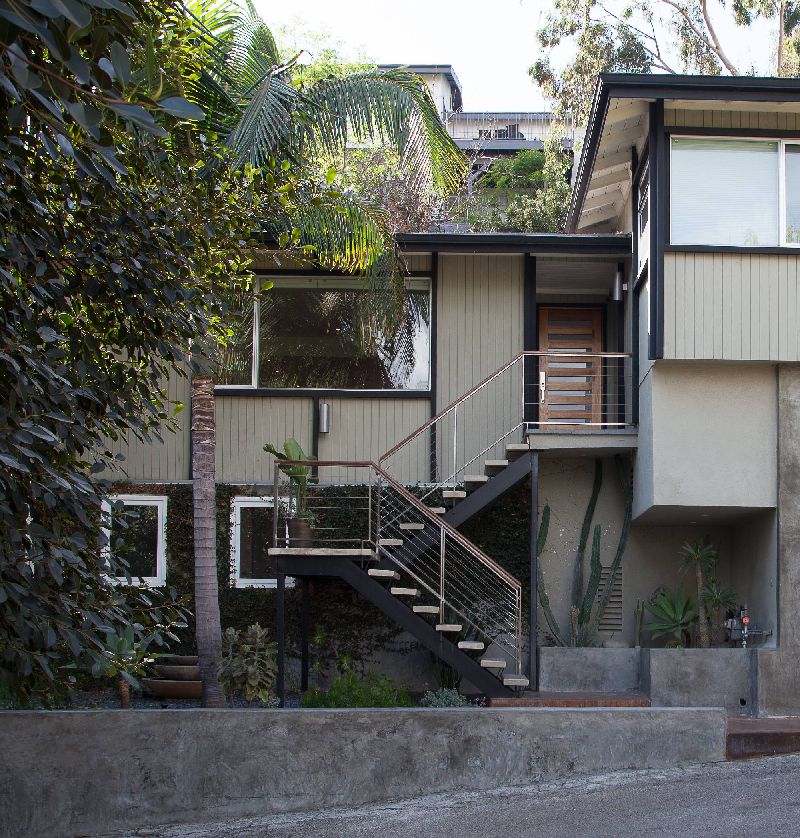 We Bought the House Before We Saw It in Person 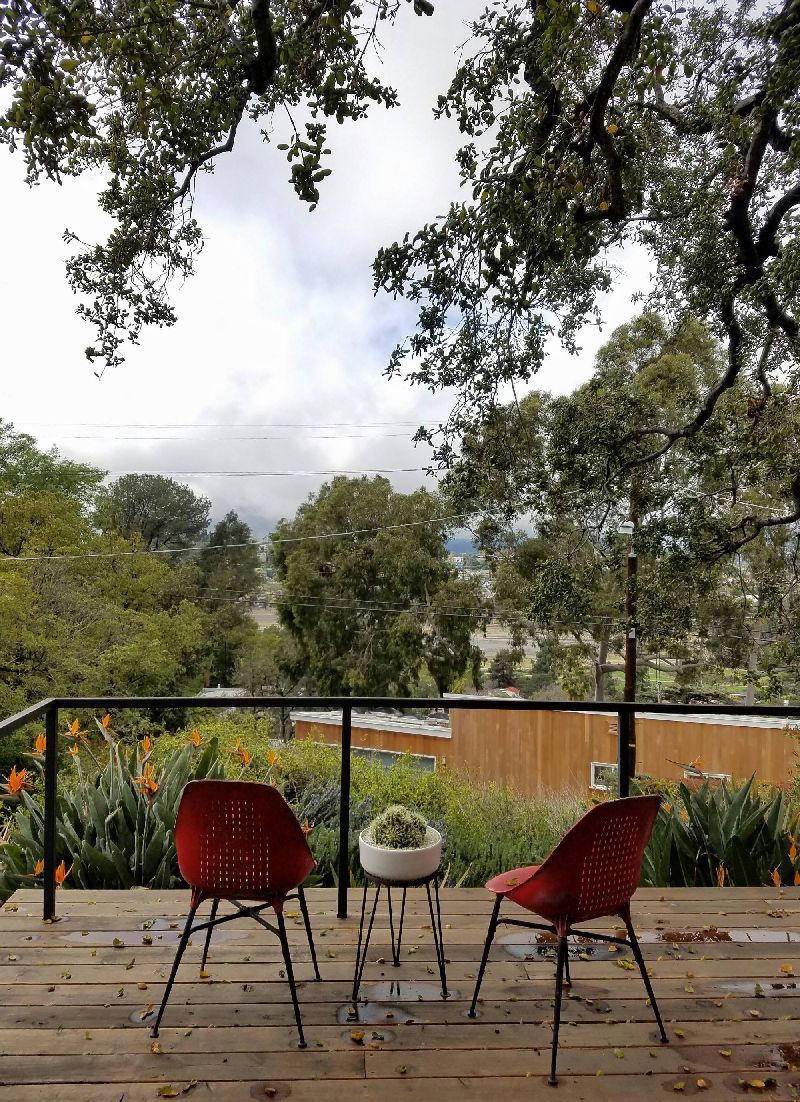 The Beginning of the Affair 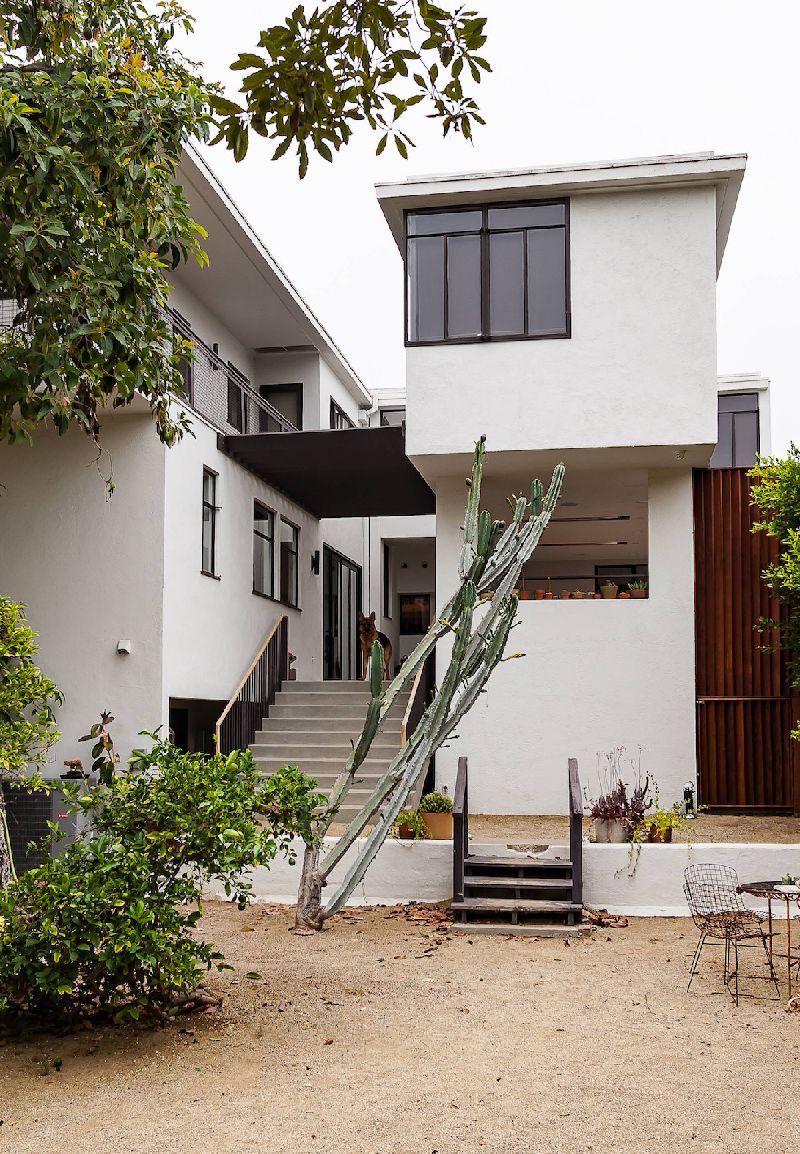 A Family Had Lived There for More than 60 Years 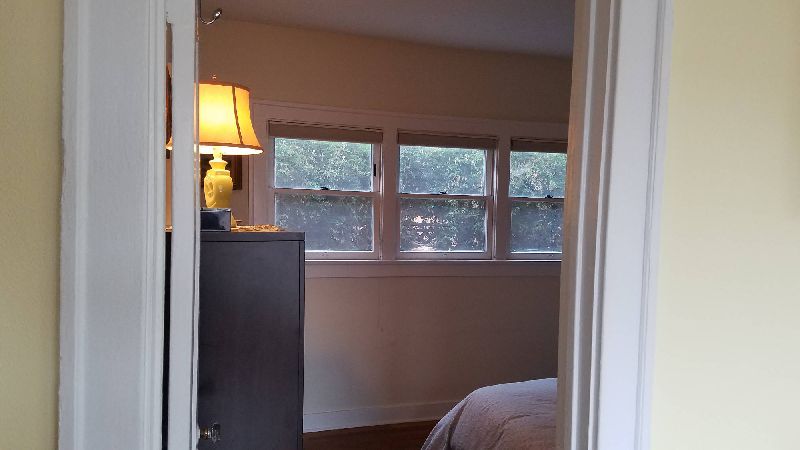 My Service in the Military Often Takes Me Out of Town 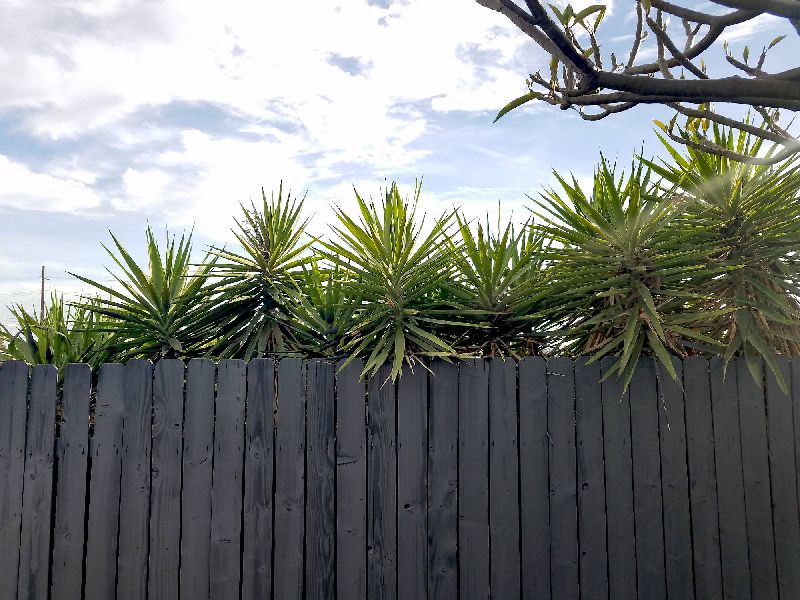 We Just Weren't Able to Compete 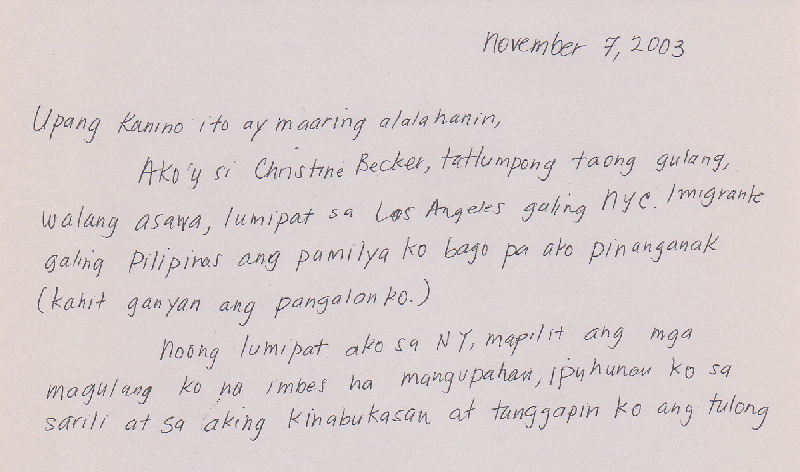 I Hand-Delivered My Letter 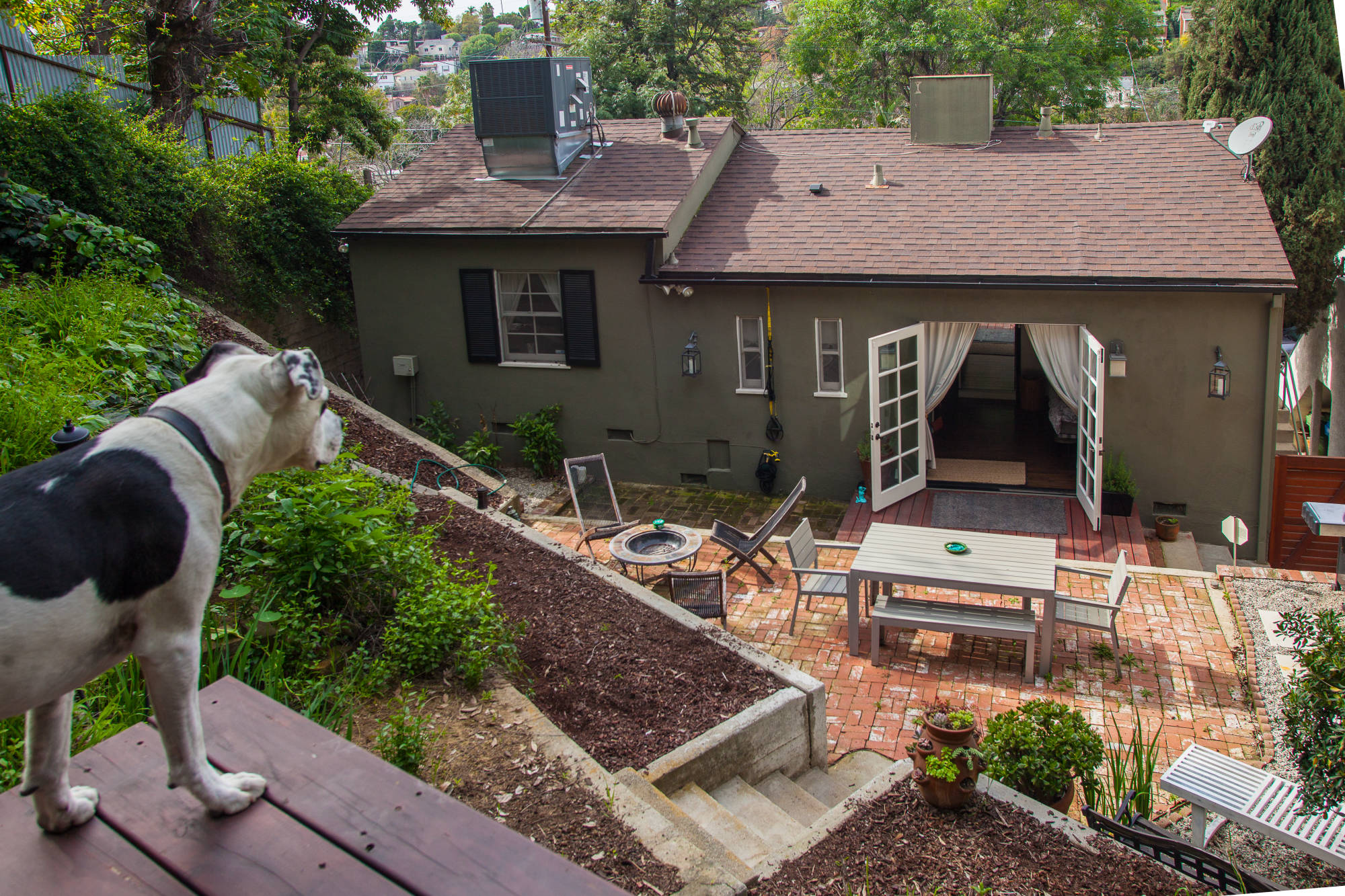 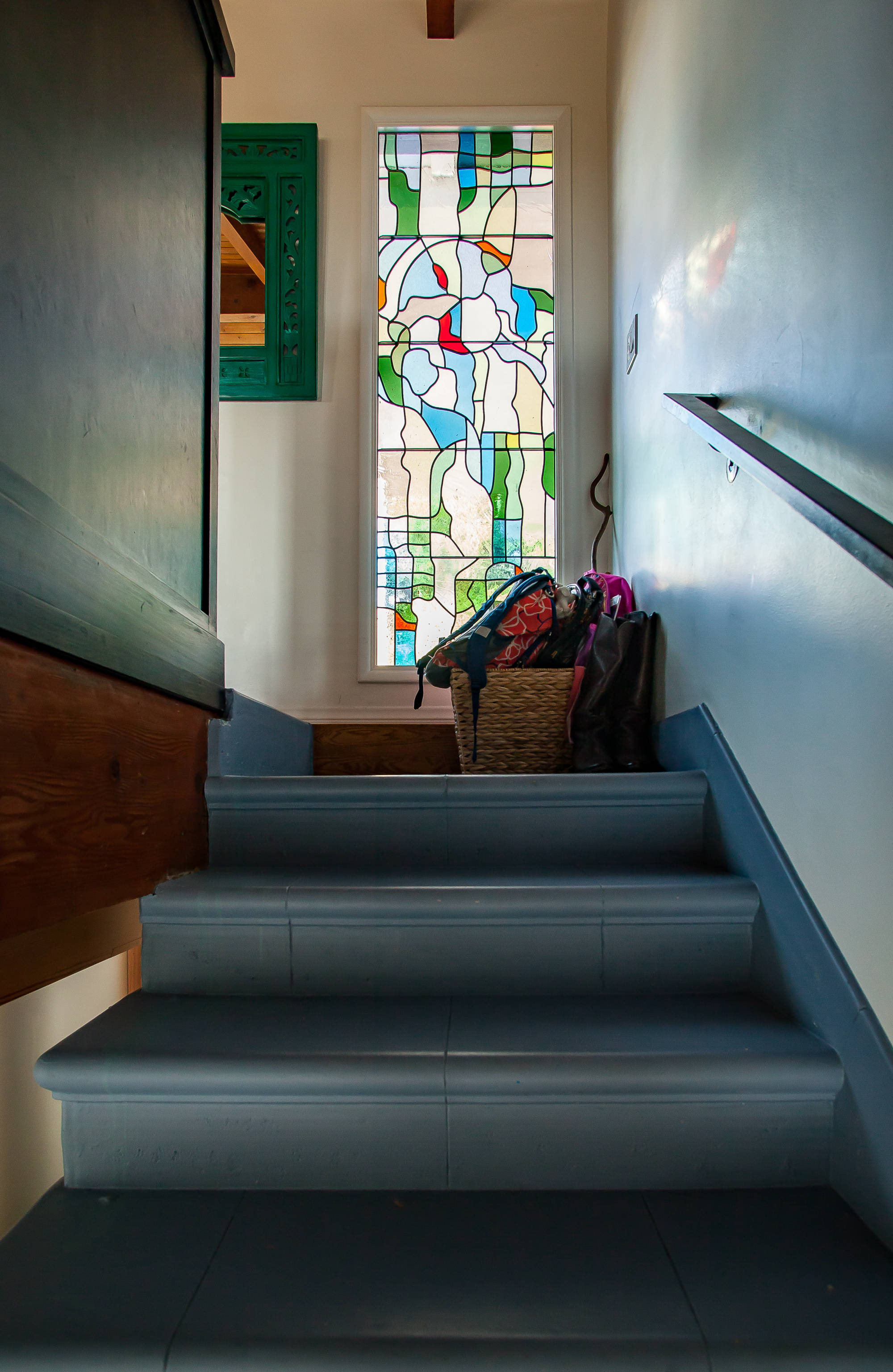 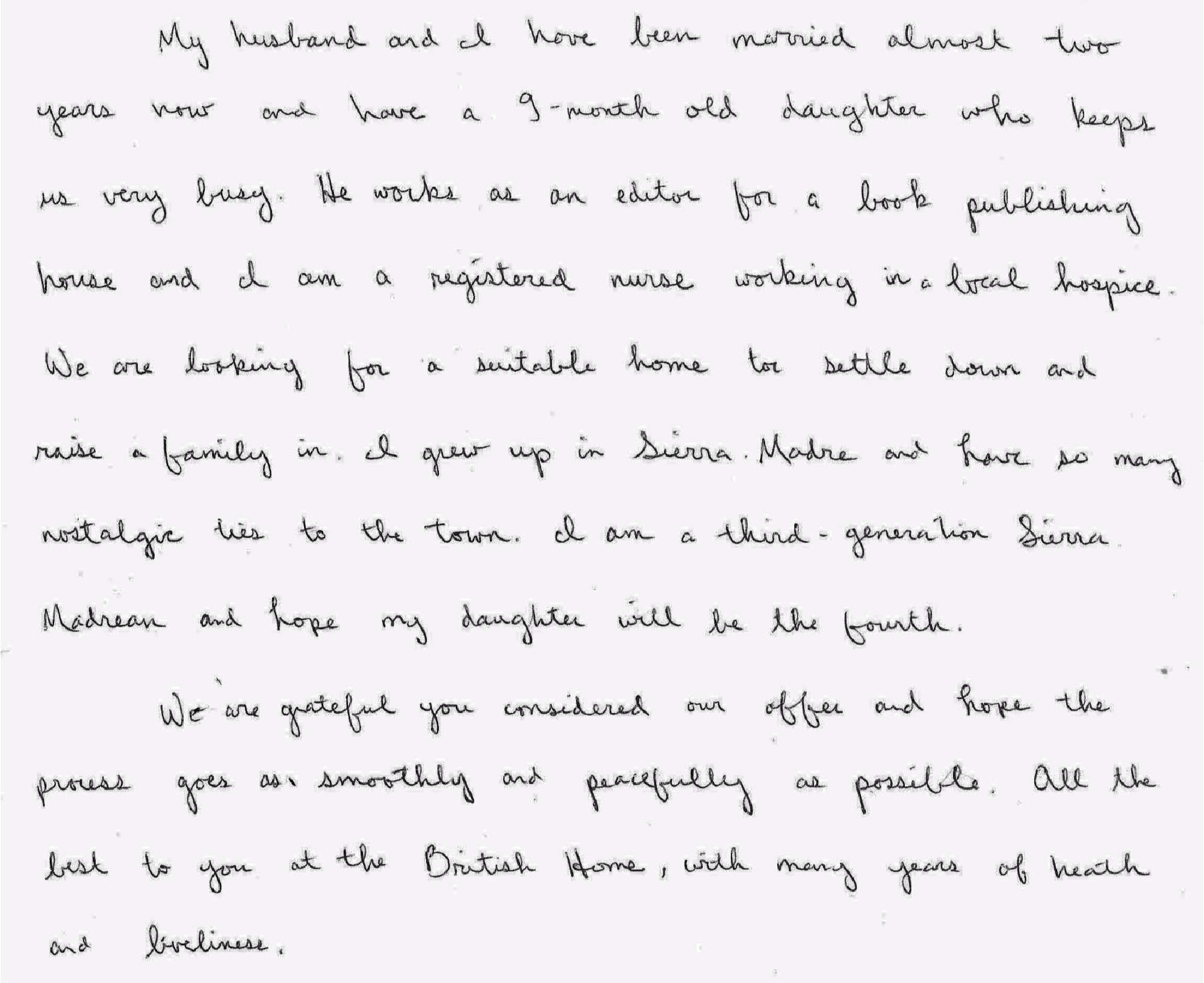 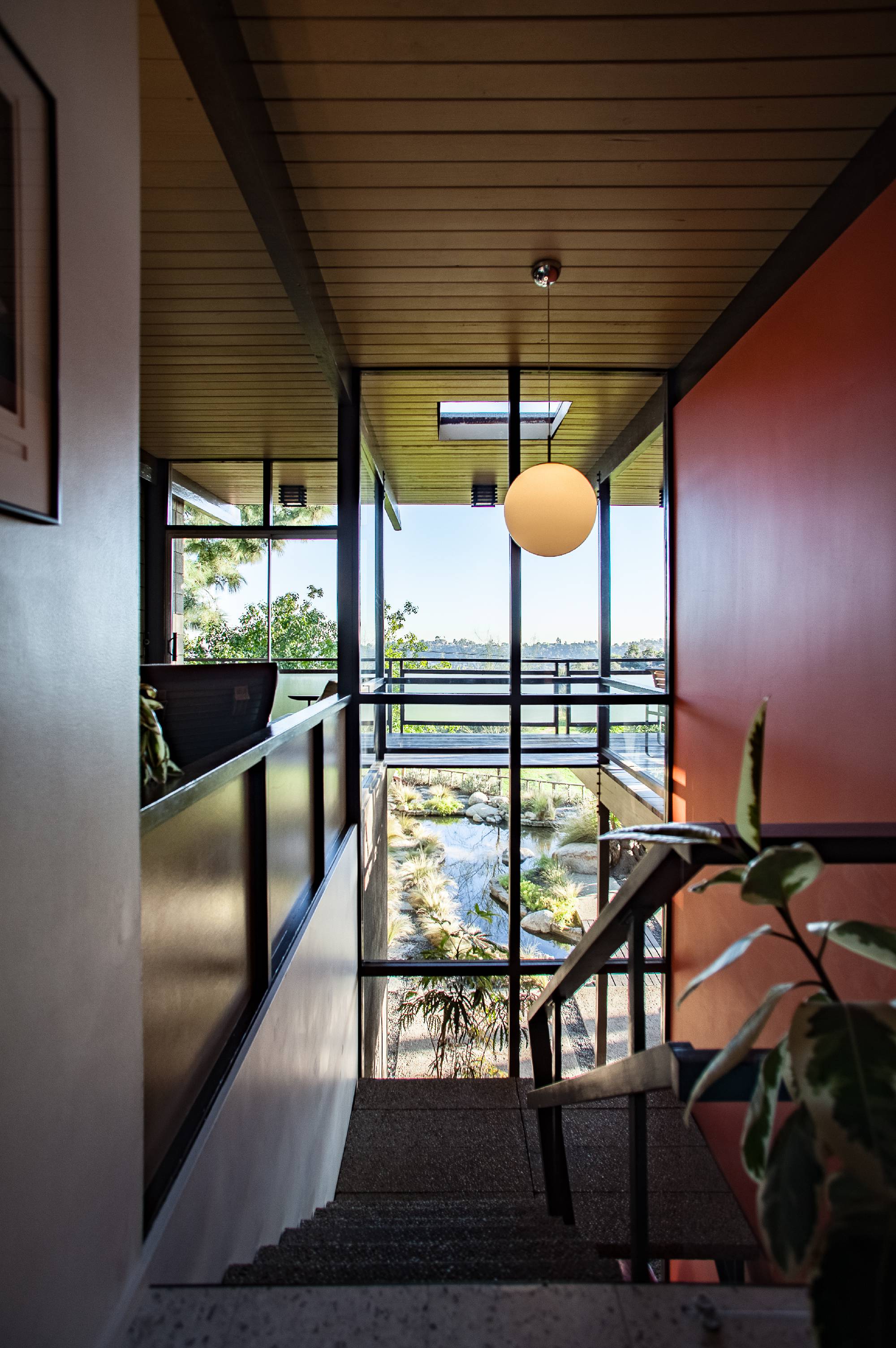 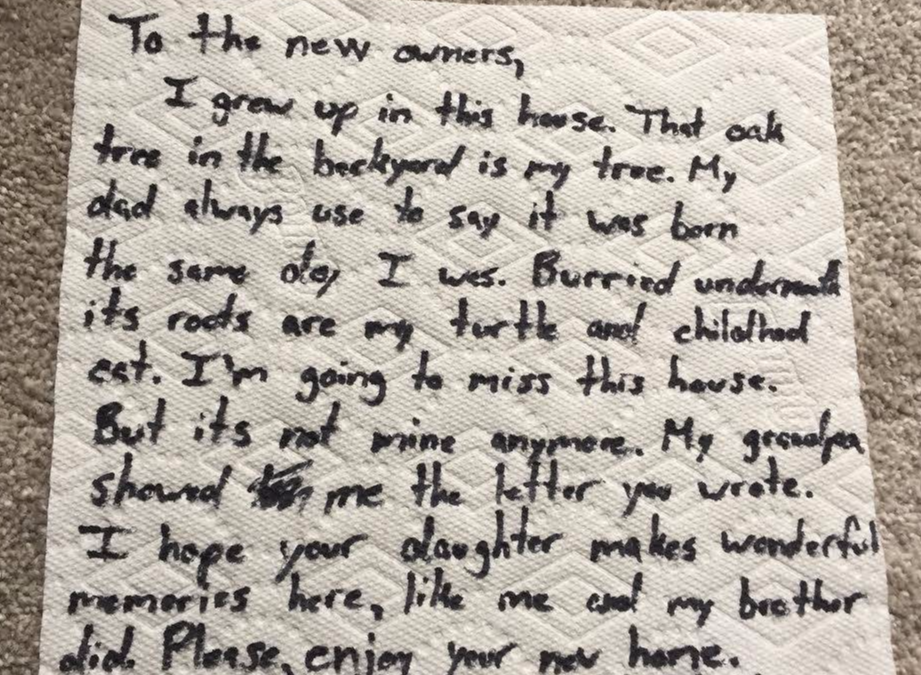 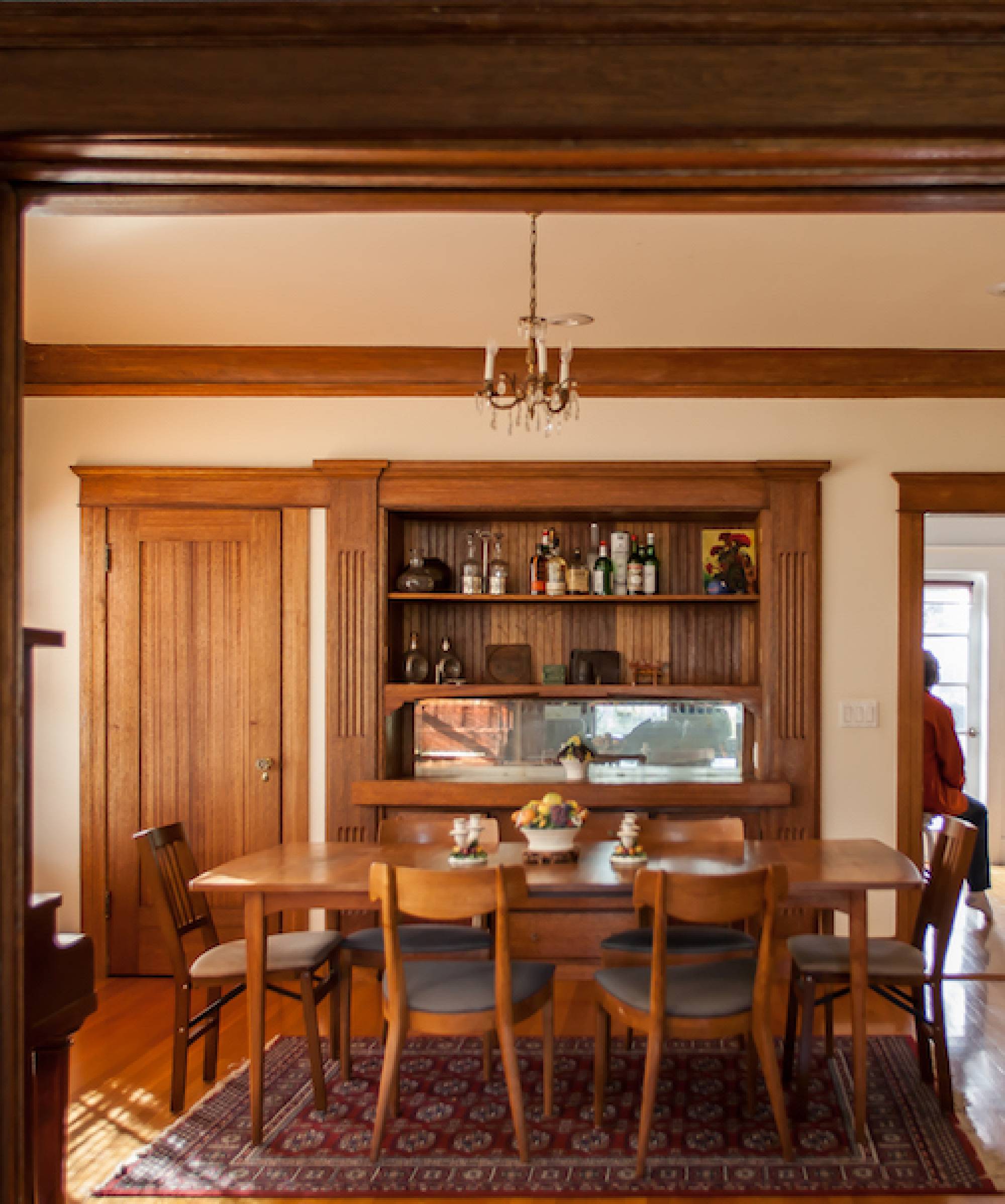 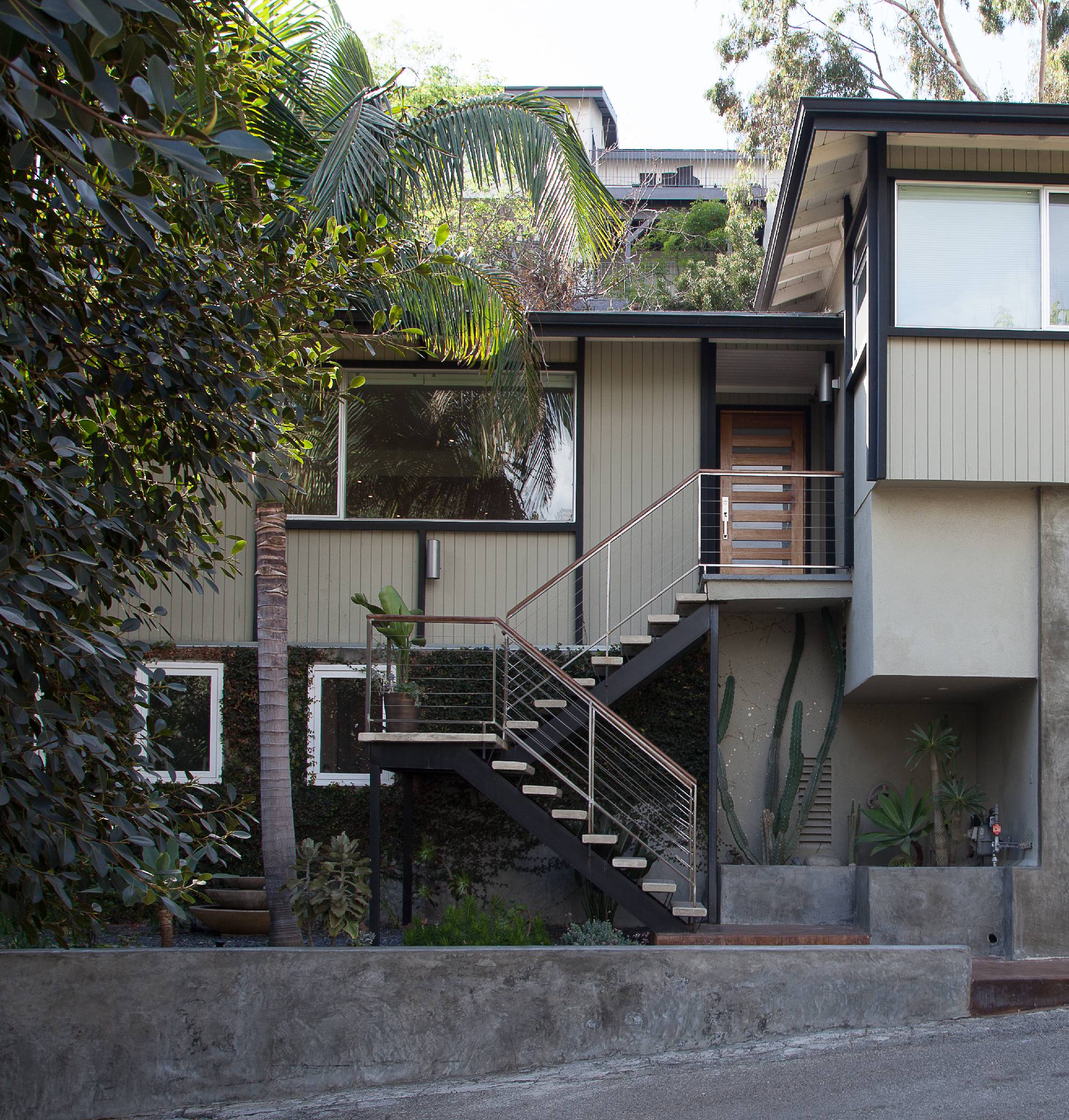 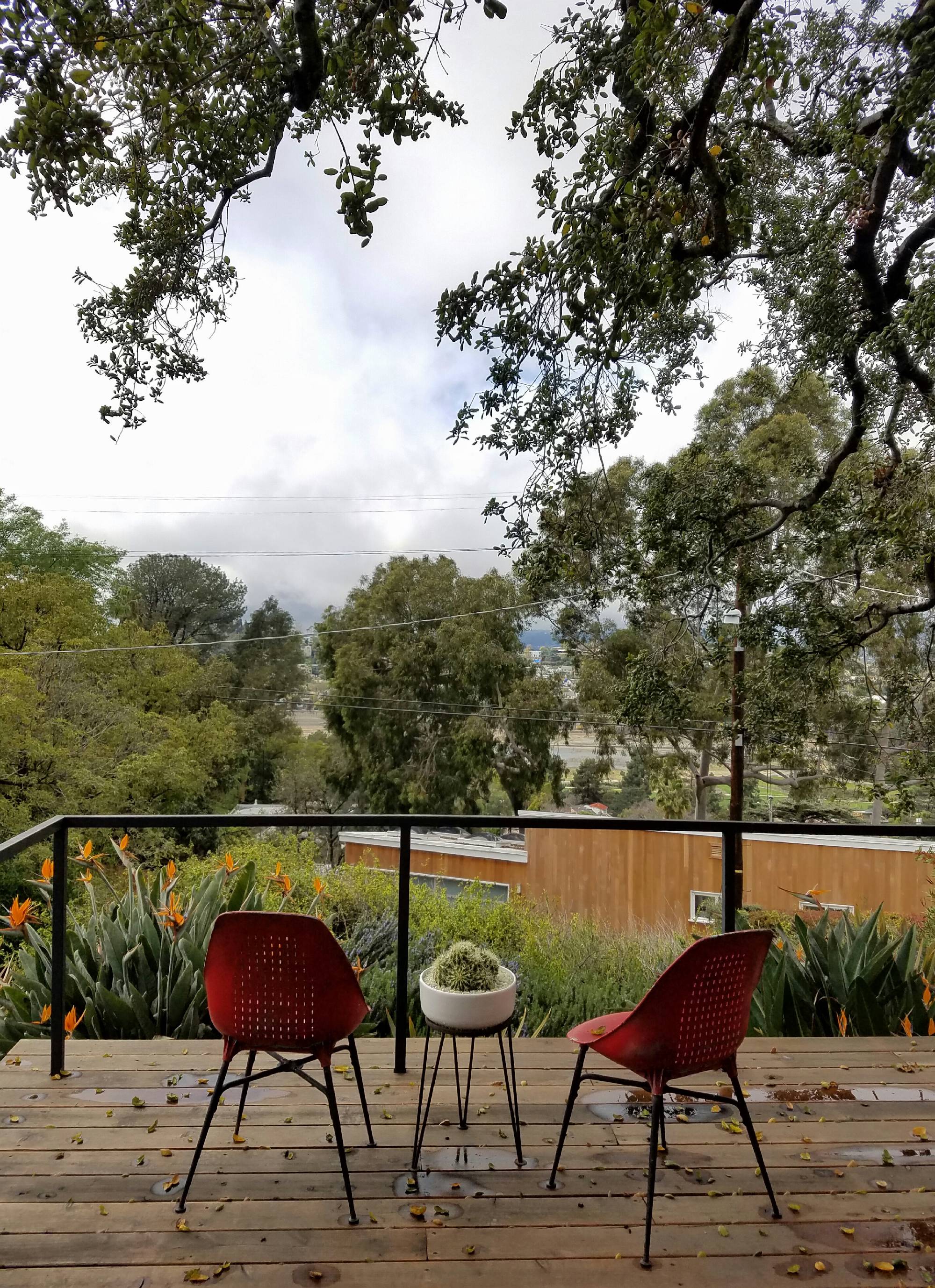 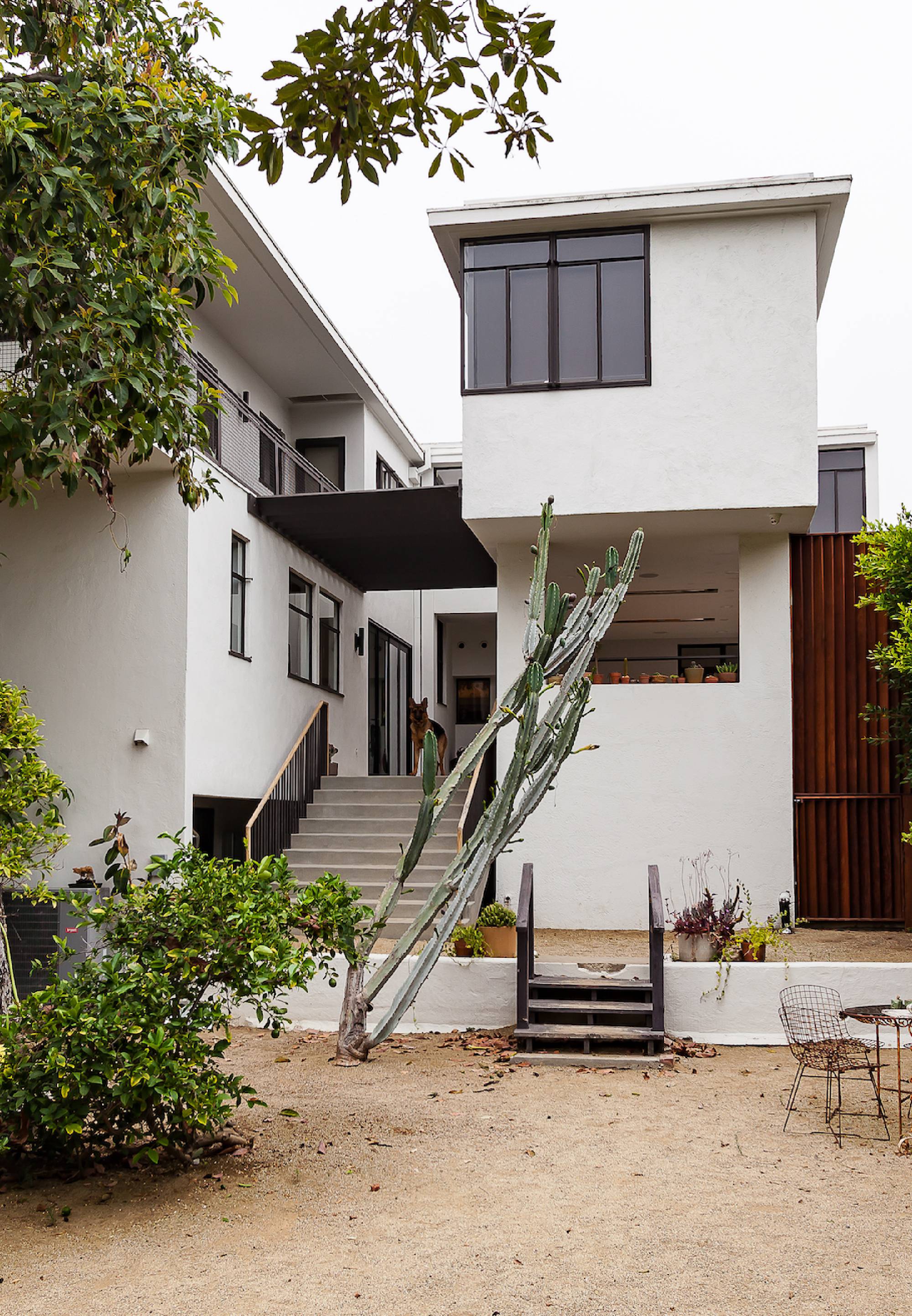 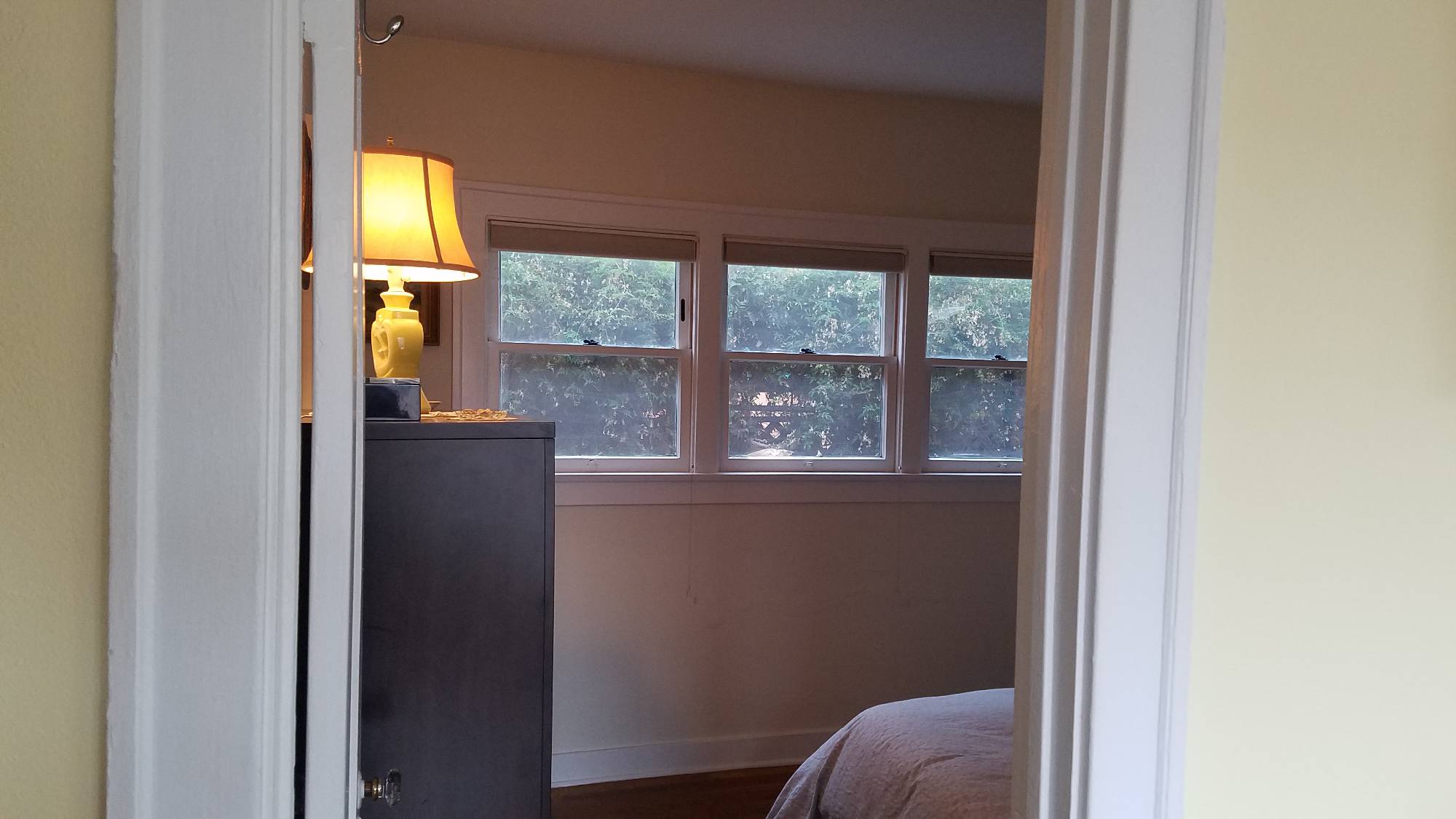 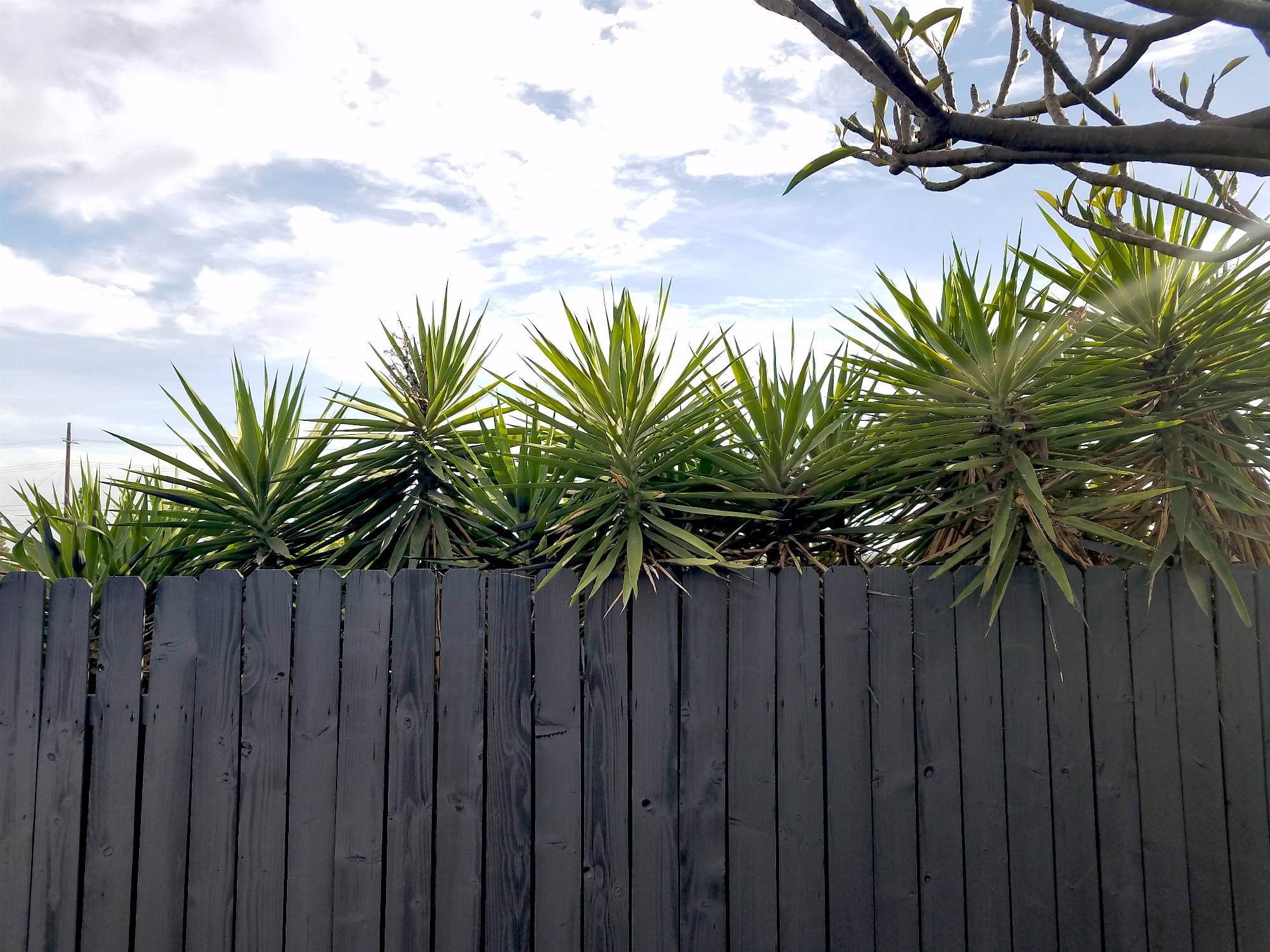 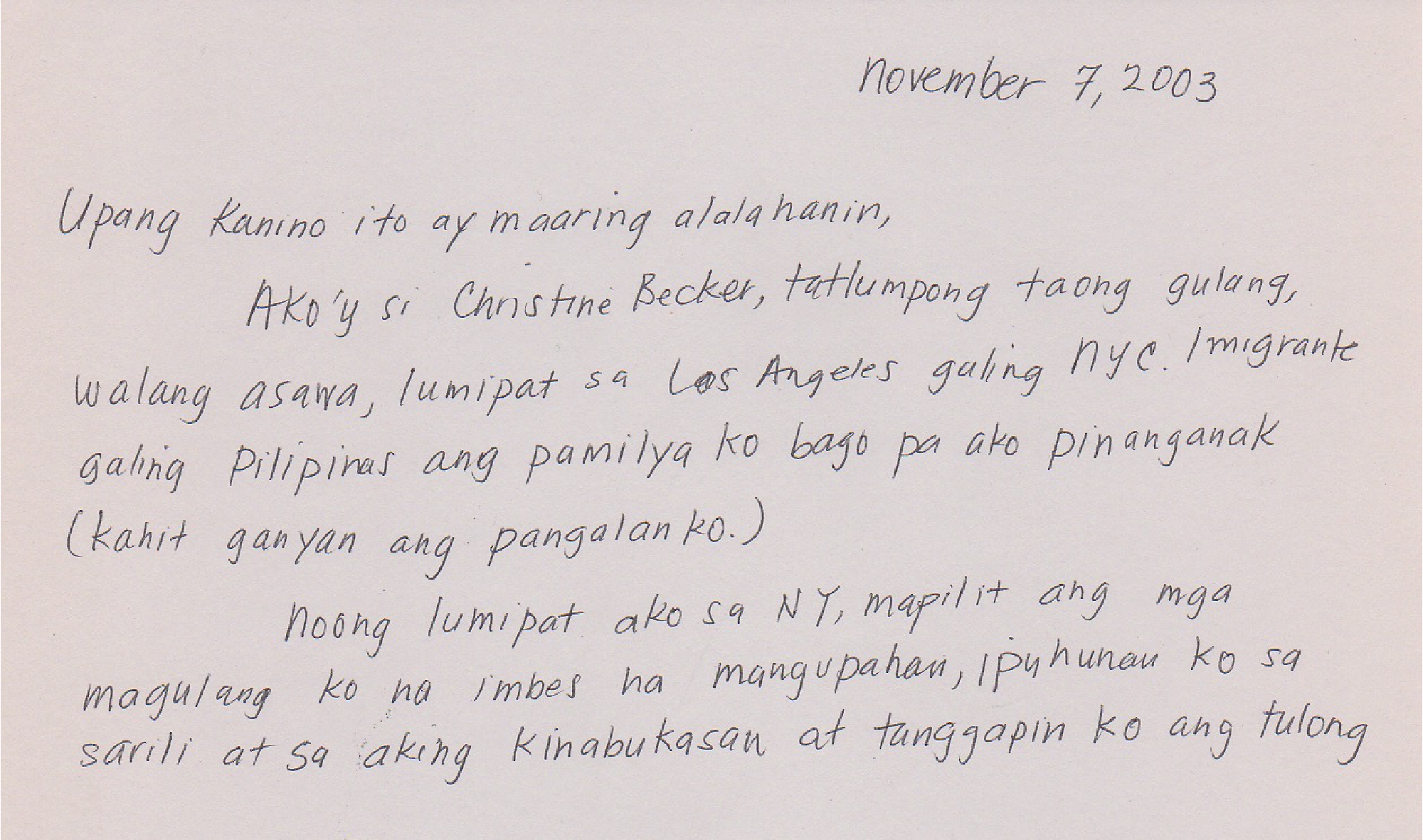 A Member of Booby Brigade Introduced Us

By TOM as told to the editor

My wife, Grace, was on this email list for new mothers called “Booby Brigade.” A member posted a message in January 2010 saying that she lived in the East Hollywood area and the elderly woman who lived in the house next door to them had just died. The Booby Brigade member was the mother of two-year-old twin boys and wanted to get a family with kids into the house instead of a developer who’d tear it down and turn it into an apartment building. She extended an offer to introduce anyone who was interested in the house to the woman’s kids.

We had just had our son, Ben, about a year earlier. Grace and I didn’t really know at the time that we were in the market to buy a house. I had received some money after my father’s death, but it was clearly not enough to buy a home in Los Angeles, so we hadn’t even started thinking about what to do with it. But then we learned of this house.

The woman on Booby Brigade introduced us to Debra, the daughter of Katherine, who had bought the house in 1963 and raised her eight kids there. When she died in December, most of the children lived out of state, and having to deal with her house, which was in disrepair, was a hardship for them.

When I walked through the house, I felt like I had died and gone to heaven. I had always dreamed of finding a real fixer-upper, a once-beautiful house that had been neglected but not ruined, that could be restored to its original beauty. And this was that house. I wanted it badly, and though Grace couldn’t see the beauty in it, I did, and she was willing to go along with me. But I felt the money I had to offer, $400,000, was not enough for a house of this size—two stories and three bedrooms—and possibly even insulting to suggest.

I spoke with some other people who had knowledge of L.A. real estate, and they agreed that it wasn’t nearly enough, that the siblings would have already received and rejected offers like that. I brooded over it for a day, and then I figured I had nothing to lose, so I just sat down and wrote a letter.

It was a pleasure meeting you on Monday; thank you so much for spending time with us, and for letting us spend time in the house.

This letter is sort of a cross between an offer and an explanation. Grace and I are neophytes to the world of Los Angeles real estate; I suspect any real estate professional would say what I’m doing here is entirely the wrong thing to do. But somehow this seems like the best thing to do under the circumstances.

I mentioned when we spoke that I received a sum of money on my father’s death in October, and that this amount is what I have to work with when buying a house. I’m going to break all rules of bargaining here and just tell you outright that the amount I have is $400,000. I don’t have much beyond that; the costs of repairing and restoring the house would come out of my earnings and personal savings. So as far as actual purchasing power goes, $400k is the range I’m in.

This is of course much less than a real estate agent will tell you the house will sell for on the open market. And that is a powerful argument. But I feel I have a few good arguments on my side:

1) You would not be required to spend the time and money necessary to bring the house up to code.

3) Because I can pay cash, the transaction would happen very quickly. There would be no delays related to financing.

4) As the saying goes, a bird in the hand is worth two in the bush. The real estate market is very unstable right now, and many houses do not sell for what realtors believe is the market rate. It is in a realtor’s interest to inflate prices; setting a high price is more important to him than how long it might take to sell a house. So while it is certainly possible you could get more than this for the house, it is also possible that it would be some time before that happens, and before you regain the money you would have spent bringing the house up to code.

5) This has no actual value to you of course—the value is only sentimental—but Grace, Ben, and I will live in the house, and we intend to treat it very well. Many—perhaps most—people buying houses in Los Angeles right now are speculators looking to turn a profit in one way or another. Houses suffer when speculators flip them, and so do the neighborhoods around them. Grace and I want a home, and we believe the house where you grew up would be a wonderful place for Ben to grow up. We want to restore the house to the way it once was, and in doing so we will both respect the house, and benefit the neighborhood around it.

So the question is, are we even within the realm of consideration? I hope this letter can serve as a conversation starter for you and the other Trustees; if the amount were agreeable—or at least close enough that you feel we can talk further about it—I could start looking for a real estate attorney and an escrow company, and get to work on drafting an initial offer that would be legally valid. If on the other hand the amount is nowhere close to what you are willing to accept, I of course fully understand, and we can both turn our attention to other matters.

Thanks again for all your time and kindness thus far. If you have any questions feel free to call or drop me an email anytime.

Read the rest of Tom's story in the book.

Piece by Piece is a nonprofit arts program and social enterprise that provides free mosaic art workshops to low-income and formerly homeless people. The community and commissioned projects they work on—from colorful candle holders and exquisite jewelry to large-scale sculptures and murals—are collaborative efforts, and go on to beautify public spaces, office buildings, and private homes across the city.

Through the program, which fosters community and collaboration, the participating artists from South L.A. and Skid Row neighborhoods develop marketable skills, self-confidence, and earned income. As a result, they are not only empowered to improve their own lives, but also to contribute to the creative legacy of the city of Los Angeles through their artwork.

Play the video to see how the house featured on our cover was built and click on link below to learn more about its history in an article on Hunker.